Richard Geer has enjoyed drumming since he was 5. Take a listen to some of his works with Lazy Eye, his good friends Brett and Joe and other works in MP3 format. Richard has also had the pleasure of recording drum parts for Anders Qvicker in Sweden whom he met while studying Photoshop Techniques on his website. He is a talented musician and Richard thought it would be cool to add some acoustic drums to his music. Works are in progress now along with an anticipated tom mic upgrade and studio soundproofing and improvements. Full length tracks will be posted or shared as soon as approved by the original artist.

Sample of Raw Tracks from my Warm Up this week September 25, 2016

I have a short warm-up regimen of about 6 songs that starts with Porcupine Tree’s Trains and progressively get faster. Here is a raw snippet from the other day. New tracks in progress.

Just a little rolling around the set before recording a take on Anders’ project that I am helping him on.

Here is a mix my buddy Brett did of our collaborative tribute to RUSH, minus vocals as we both can’t hit that range, nor can I sing at all ha. Always fun to play music from my roots and I love that the quality is getting a lot better in home recording over the years.

A Bit Of Progress, A Groove For Anders Qvicker

Sample Of The Kit After Bass Drum and Snare Mic Adjustment May 16, 2015

Sample Of The Kit After Bass Drum and Snare Mic Adjustment May 16, 2015

A Segment of My First KOMPOZ submission May 2015

(before I decided to re-record it with new mic configuration)

Recording TEST progress with new MXL Tom Mics. Getting closer to being dialed in. 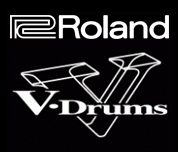