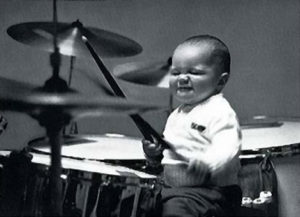 The latter half of 2016 was a doozy, full of realistic life responsibilities and unforeseen complicating issues that demanded more time than I would have liked. Alas… a new year is afoot and my recent fidgeting about along with music and whaling away with my practice sticks during couch time with my wife has me a flutter ha… looking forward to doing more drumming in 2017 with Anders’ Music (if he is still up to it) and sharing some of my thoughts and ideas regarding the drum set.

As I have stated before, this is a hobby for me and something that has been a part of my life from my earliest memories. Some days it can even be cathartic and therapeutic wailing away at it. Either way, a part of me thinks I have something to offer in the drumming world whether it be ever so small or indirect. Here’s to 2017.

I look forward to giving the kit a workout this year and posting more recordings for those who may be interested.

Upcoming blog posts, Fluid Drumming, Drumming In The Negative Space and Drumming Mechanical Leverage. These themes are somewhat complex and still rolling around in my mind. Working to get them to visual and written understandable words over the next few weeks.