Get A Grip Man 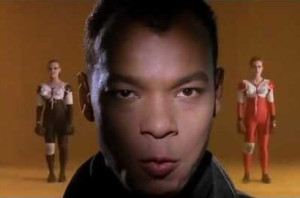 Some People Will Get This Pic 🙂

One of the aspects of drumming that actually drives me crazy is a slick and slippery drumstick. The extra force it takes to grip the stick with more firmness actually leads to fatigue in my playing. It has always been an issue for me even back to my marching band days.

Back then we mainly relied on grip tape that was wrapped around the stick tightly, had a sticky feel and grooves where the wrap overlapped, not the most natural feel in your hands. It worked though, especially on those really cold days where your hands are dry and slick and in the summer when you would sweat like a dog and make them slippery. But I never cared for it myself. I played Tri’s and Quads mostly in the marching band and the mallets came with a smooth foam based grip that wasn’t too bad on your hands so they weren’t much of a bother. Oh and the fact that each end had a mallet would add an additional buffer of safety when the stick decided to slide out of your hand. The corresponding mallet end would catch on your palm and save the performance. Good times … 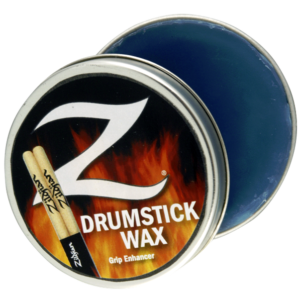 I played many years on the drum set without anything at all on my ProMark’s relying on my strength of my grip to keep the sticks from sliding out of my hand. Actually I don’t recall what I used, if anything, during my Lazy Eye and Oxymoronic years. Seems like it was shear strength, I was big into weight lifting back then and I assume it wasn’t an issue because of that. Later I did try to use some of the sprays that are available for drumstick grips but found it to be a bit too tacky for me and it didn’t last as long and had to be resprayed frequently.

Later in my drum set playing I think things started to change, when I wouldn’t practice for a long time, or play at all, I would start back up and have miss-hits and sticks flying everywhere, oh joy. A miss-hit on the hi-hat, hitting the underside of the ride cymbal edge moving around the kit, and the random stick just wants to leave your hand because it wasn’t happy there for some reason and flies across the room.

Those times really just make me laugh but if I were recording or playing live it would suck.

At some point in the earlier Anders years I seem to remember seeing and advertisement for the new Zildjian Drumstick Wax in a magazine. I was intrigued at how this may work as I did surf a few years in my teens and recall how effective it was, albeit the rash it could sometimes give your stomach and that I sucked ha. 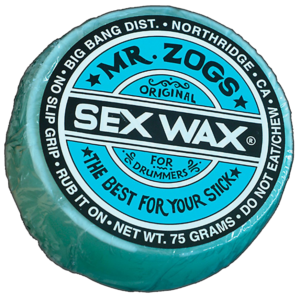 My Second Choice Is Mr Zog’s Sex Wax For Drumsticks

So I ordered a tin of the stuff and loved it. It goes on smooth and has a great grip to it. It has a decent smell of the tropics and doesn’t leave your hand feeling sticky afterwords. You can use it sparingly as too much might build up in spots and transfer to the drums or cymbals if you are not careful. I don’t think it would hurt them though at all. If I do see it on them anywhere, it is usually the left and right side of my snare rim.

I am a big fan of the product and even recently found a version from Mr. Zog called Drum Strick Wax, a tried and true surfboard wax from the 70’s. It looks exactly the same as back then and has just been marketed to drummers. I have one too as a backup or to put on my sticks in the house when I am practicing. It is a little tackier to me than the Zildjian wax ad leaves wax “dingleberries” more than the Zildjian but is a great backup. I like that the Zildjian comes in a metal tin to protect it, the Sex wax just lays out on the table and can attract dust and cat hair. Eww…

Why did I write this post? I don’t know. When I am playing or not, I think of things throughout the day and want to share it on my site. Maybe you are having issues with grip and need to take some of the work out of gripping and focus on mechanics. Maybe you are dropping sticks more frequently during practice or performance and need an edge to prevent minor mishaps. We are human and these things happen but I try to prevent it the best I can.

I highly recommend this stuff. As always, do what makes you comfortable and you will be successful. The key is to play a lot and play for your enjoyment.

As always, Keep On Drumming.